What is Virtual Currency?

Virtual currency is a digital representation of value that functions as a medium of exchange, a unit of account, and/or a store of value. In some environments, it operates like “real” currency (i.e., the coin and paper money of the United States or of any other country that is designated as legal tender, circulates, and is customarily used and accepted as a medium of exchange in the country of issuance), but it does not have legal tender status in any jurisdiction. Cryptocurrency is a type of virtual currency that utilizes cryptography to validate and secure transactions that are digitally recorded on a distributed ledger, such as a blockchain.

The IRS issued IRS Notice 2014-21, IRB 2014-16, as guidance for individuals and businesses on the tax treatment of transactions using virtual currencies.

The IRS also published Frequently Asked Questions on Virtual Currency Transactions for individuals who hold cryptocurrency as a capital asset and are not engaged in the trade or business of selling cryptocurrency. 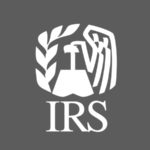 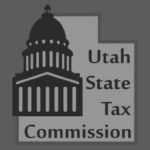